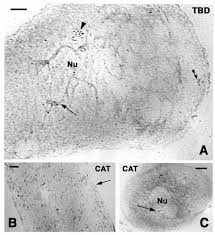 It gives us great pleasure to announce the call for paper on the occasion of 10th Anniversary of the Journal at special and hefty discount of up to 50 % on one-time article processing charge. Prospective academicians and scientists are encouraged to utilize this opportunity to get their articles reviewed, processed and published at relatively faster pace and at lower charges. In addition to this, the authors who publish with us during the year-long celebrations will also be eligible for academic awards recommended by the editorial panel.

The Archive page contains wide variety of articles such as Research / Review / Case reports / short communication / Mini review / Prospective / Letter to Editors Etc. We would like introduce a Research article which has been spread to the widest audience of experts; and thus increased in readership, citations and altimetry score.

Abstract: Previous in-vivo studies have isolated and identified peptides with typical molecular anti-microbial characteristics in reptiles. In the present study we have tested the putative antimicrobial action of a lizard cathelicidin and of a turtle beta-defensin using the broth microdilution assay on Gram positive and Gram negative bacteria. The addition of the peptides at concentrations indicatively ranging between 0.05-1.9 mg/ml (cathelicidin) and 0.69-4.14 mg/ml (betadefensin) inhibited bacterial growth after 3 hours of incubation as determined by their MIC and IC50 values. Due to the poor solubility and the medium interference the real concentration of the delivered peptides to the bacterial cultures was uncertain. The qualitative evaluation of the anti-microbial damage after treatment with the peptides was done under the electron microscope that showed some alteration and rupture in the plasma membrane, lowering of the ribosomes, swelling and clumping in nucleoid region of Gram negative (E. coli) and Gram positive (S. aureus) bacteria. Immunogold labeling against the two peptides indicated that the peptides were localized not only on the plasma membrane and in cytoplasm of the treated bacteria, but also in the nucleoid region and its protein scaffold. The present ultrastructural study suggests that these peptides operate a cellular damage initially on the plasma membrane but further also in the ribosomes and on the DNA or its associated proteins.

To have a glance at the full length manuscript, you can visit us at our archive page and Currently, Journal’s Archive is holding not only normal issues but also focusing on special issues. The purpose of special issues is to publish the most exciting research with respect to the subjects of Immunology / Immunobiology and to provide a rapid turn-around time regarding reviewing and publishing, and to publicize the articles freely for research, teaching and reference purposes. Submit manuscript of your research articles or special issue articles online through manuscript submission or forwarded to the Editorial Office at immunobio@immunologyjournals.org